My mom  is an Etsy Crafter and makes Buntings.  You can check them out here.  She made this awesome one for my office space!  I have a small Pac Man collection and an overall 80's theme in the room. Surprise Surprsie!   Besides the Pac-Man garland, don't you love that ET and Michael Jackson poster!  I got that as a gift from my sister a few years ago.  I'll share more of my office collection soon. 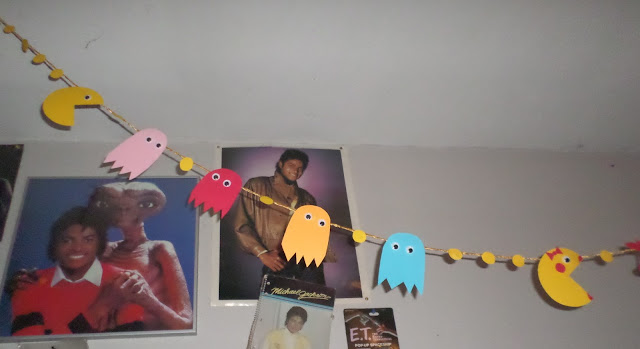 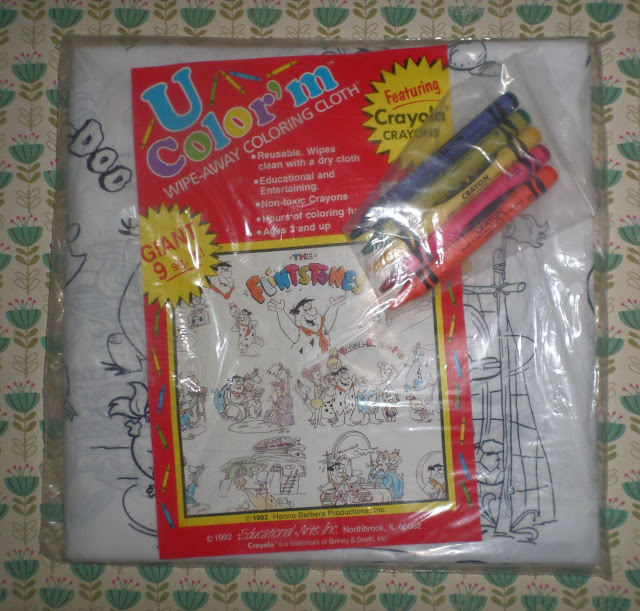 I had a couple of these coloring cloths with miscellaneous generic characters on them during childhood.  They usually came with generic, super waxy, crayons and were super hard to color on.  I think parents bought these thinking they may never have to buy a coloring book again!  Unfortunately, that was never the case.  You could rub for an hour with the "magic eraser", which was usually a tiny piece of synthetic sponge and the wax would just never come off.


eBay Item Widget from Auction Nudge
Posted by SunyDay76 at 2:42 AM No comments:

Email ThisBlogThis!Share to TwitterShare to FacebookShare to Pinterest
Labels: Cartoons

I remember being totally obsessed with Poochie as a kid.  I had a fantastic dog growing up, his name was Zack.  He was a German Shepard/Pit Bull cross and he was super smart and always seemed to know what you were talking about.  We got him from an ad in the paper at 2 years old and had him for 17 years. He was just an amazing dog.  He slept in my bedroom at night, right between my sister and my beds.  Right up until he chewed up my only Poochie stamper!  He got kicked outside after that.  I still feel bad about it, but it was Poochie!  It probably smelled good and he thought we must have left him a treat, but I was so angry.

I went to a birthday party of someone I didn't really like because her mom was going to rent the Poochie Special on VHS.  Everyone was so excited to see it!  About three minutes in someone said, "What is this crap?"  We were not impressed with the cartoon.  We were expecting something Strawberry Shortcake like, instead we got a Japanese Animation cartoon with action and robots. I still loved the stampers though! 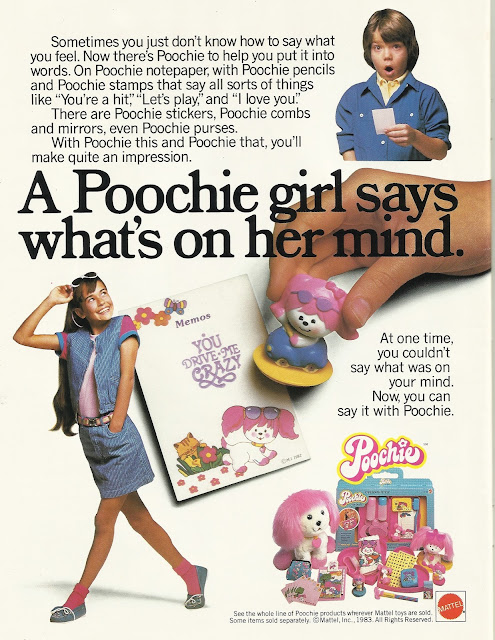