The new movie Big Eyes came out over Christmas.  It's directed by Tim Burton, who I love to pieces, and stars Amy Adams(Love her too!).  The movie was fantastic, dramatic and dark at times. It definitely had some subtle Tim Burton touches, but no burning windmills.

The movie follows the story of an artist, Margaret Keane.  Her husband steals the credit for her paintings and she lets it happen for over a decade until they divorce.  Many people still don't realize that she did the paintings, not her husband Walter.  They started a movement that became wildly popular and spawned lots of knock-offs.  Posters, cards, puzzles, and even a doll, Blythe!

My sister collects Big Eyed girls, "but not Keane (Margaret Keane the original painter) because they are too dark and creepy."  She prefers the sweeter girls in harlequin outfits and playing guitars or dressed as sad ballerinas. 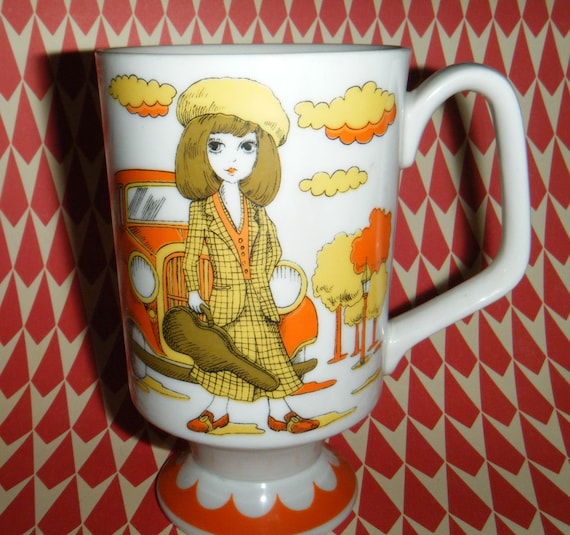 I've got this little beauty in my Etsy shop, Vintage Toy Addict right now.  Also not her style, but so randomly odd I had to list it.  It's a big eyed Bonnie, ftrom Bonnie and Clyde fame.  She is holing a violin case, presumably filled with machine guns, and standing in from of a 30's style car she will soon die in.  It's so random and weird!
Posted by SunyDay76 at 8:20 PM No comments: