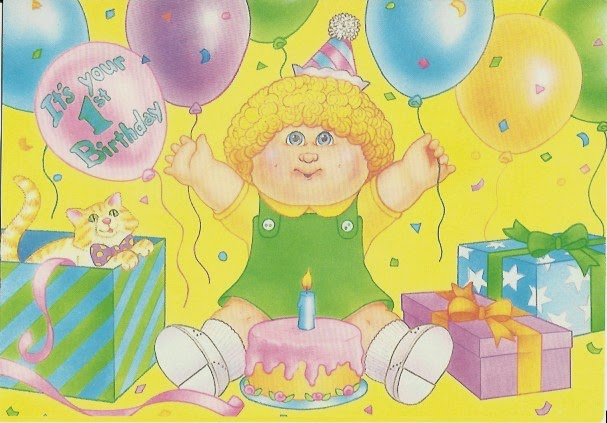 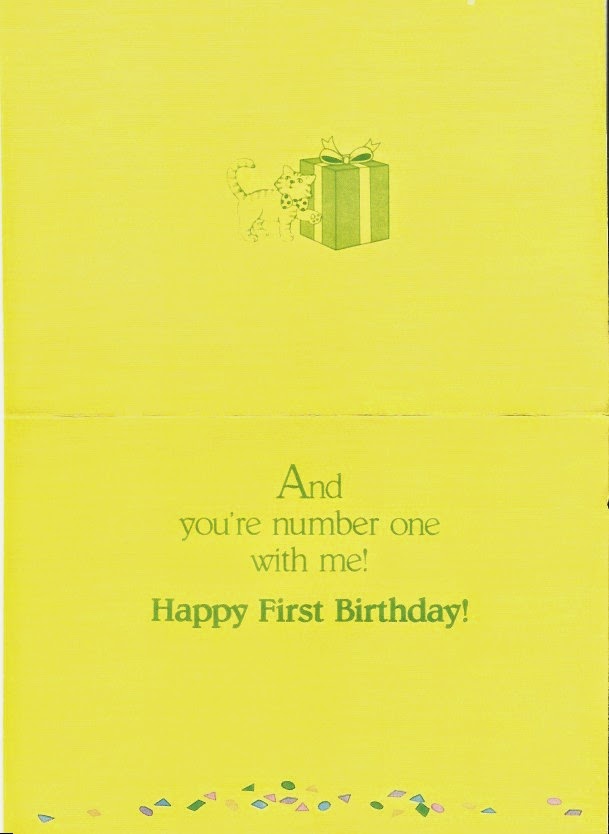 If you were lucky enough to have a new Cabbage Patch Kid in the early 80's the first thing you did was send in the birth certificate so you could "officially adopt" your new kid.  During the next year, on their birthday, which was always the first of a month, you would get this card in the mail.  I want to say it had some stickers in it too.

I also changed my kids names, because they often had some pretty funky names in the box.

I stopped getting cards after the first year.   I guess they don't care that much about Cabbage Patch Adults.


eBay Listings Widget from Auction Nudge
Posted by SunyDay76 at 4:01 AM